Archives of the Akademie der Künste 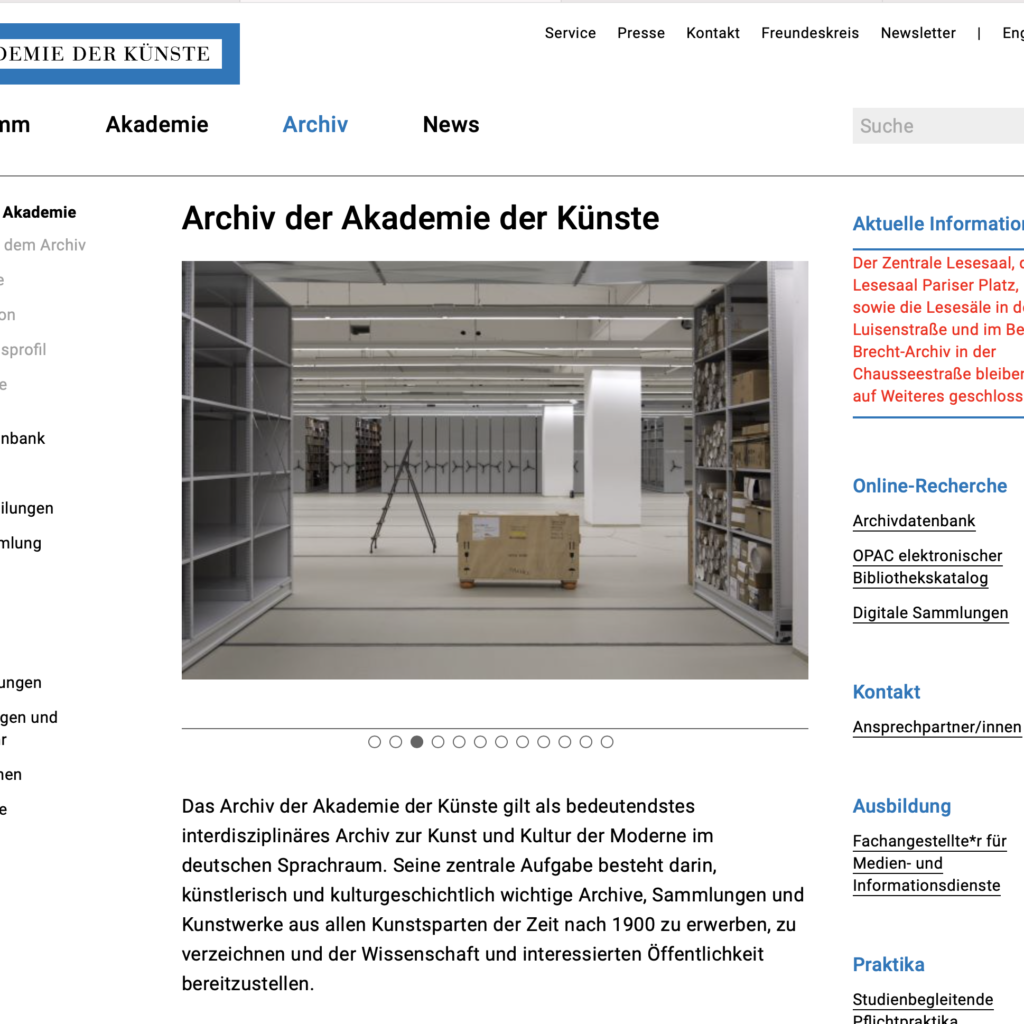 CineGraph: Resources for the History of Cinema 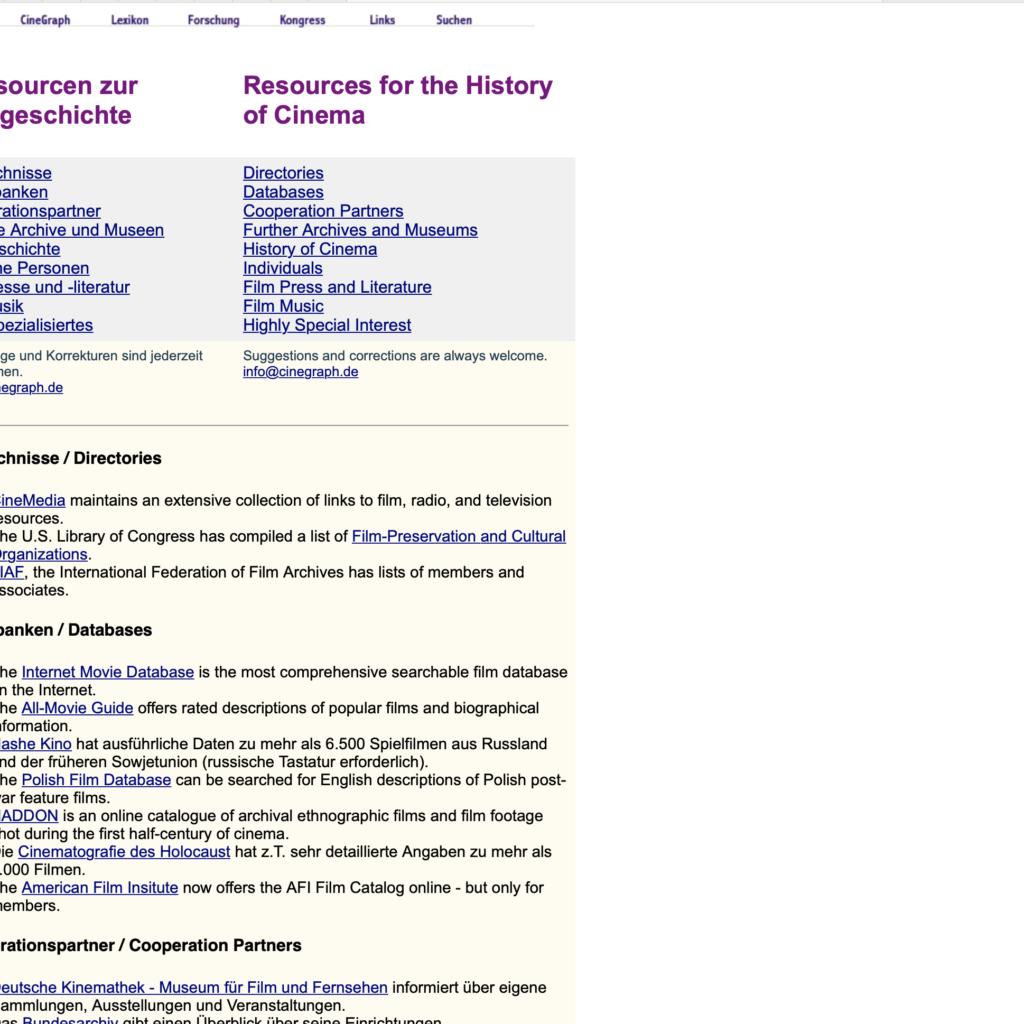 CineGraph e.V., Hamburg Resources for research on the history of German language cinema, including links to databases, archives, museums, individuals, film criticism, and film music. The links provided include both German and English resources. Visit the site 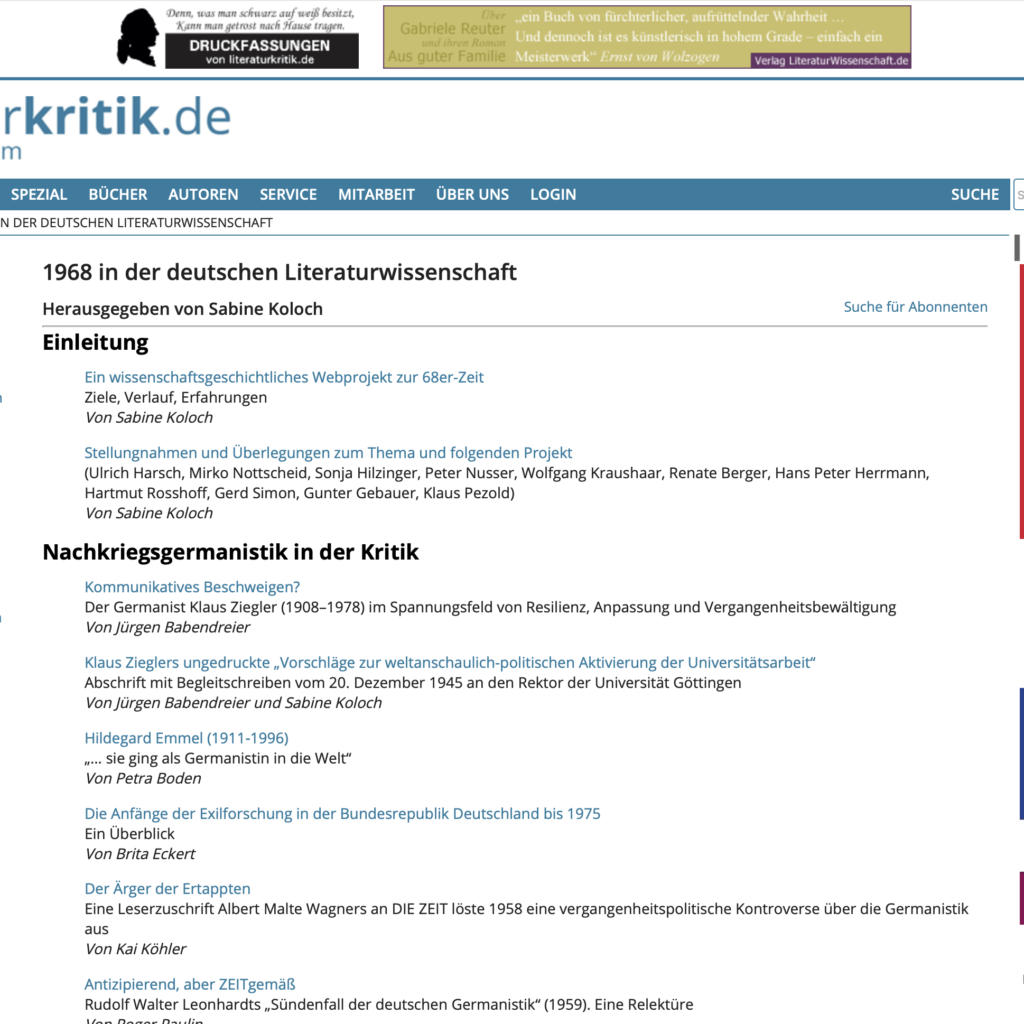 Edited by Sabine Koloch at Literaturkritik.de A special edition of the website Literaturkritik.de about the crisis in Germanistik surrounding the events of 1968 in German literature. The collection includes scholarly articles, witness testimony, commentaries, and ancillary documents. Visit the Site

Documentation Center of the Reichsparteitag Grounds in Nuremberg 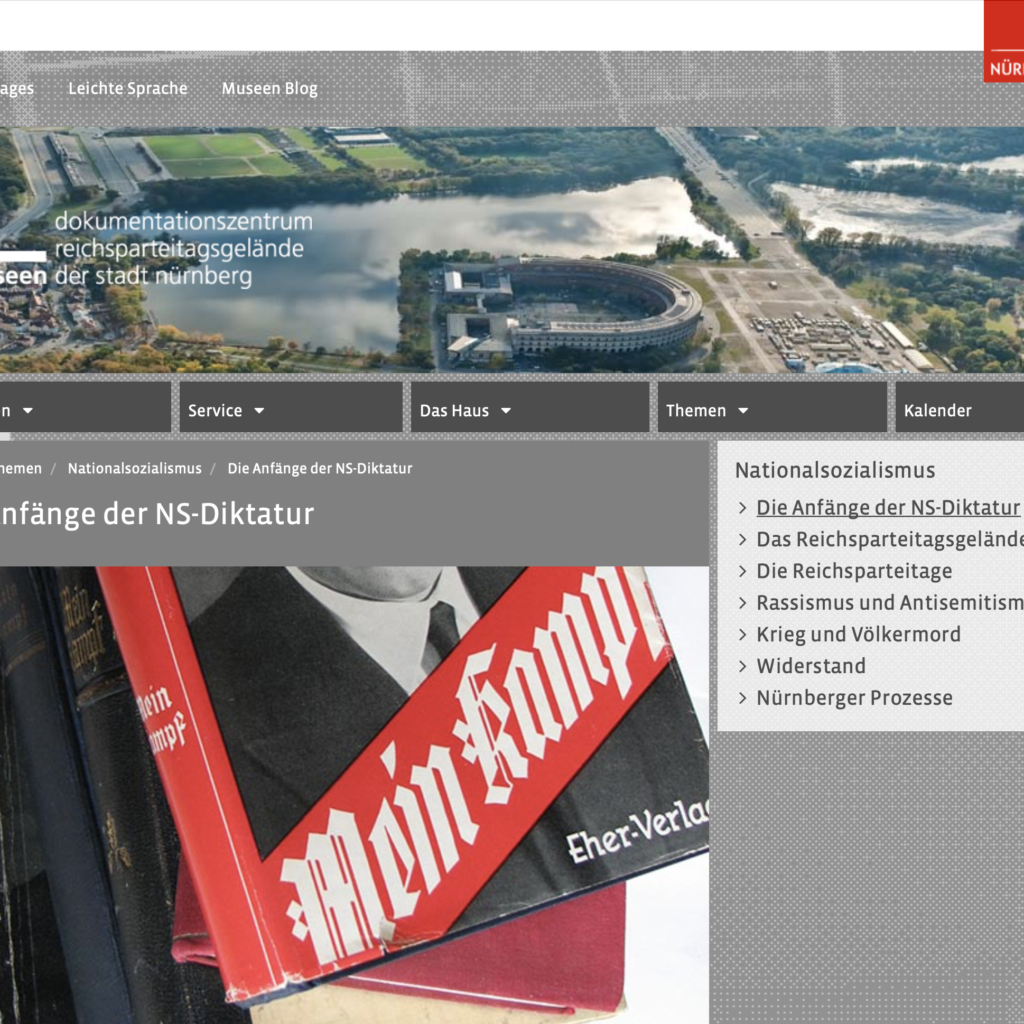 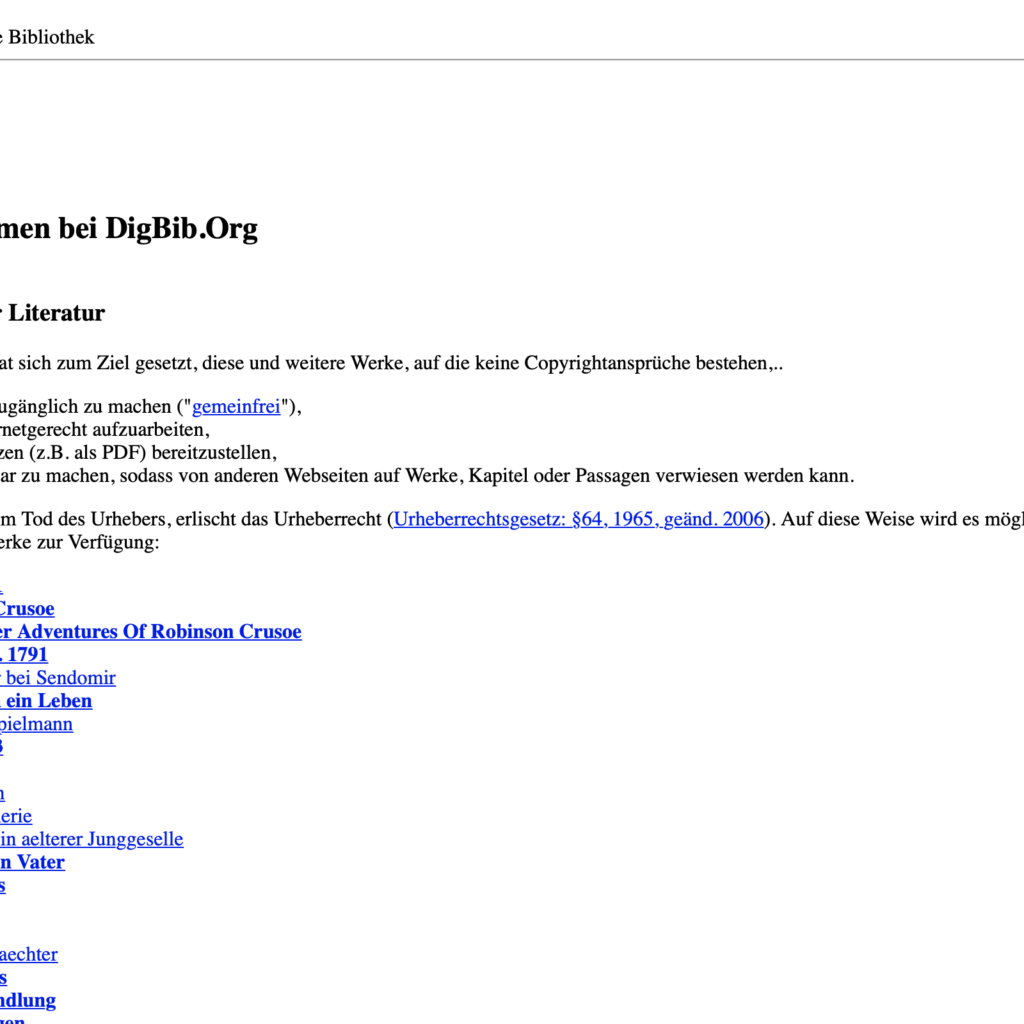 DigBib.org offers a wide range of digitized German-language literary works. Some of the authors featured here are Lessing, Kafka, Schiller, Goethe, and others. All works are available as PDF documents and are provided as open access documents without copyright. View the site